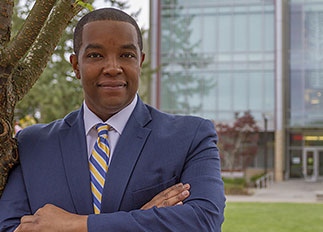 Ivan L. Harrell II., Ph.D., serves as the 11th President of Tacoma Community College (TCC). Having a passion for community college education, Dr. Harrell strives every day to lead a group of professionals in providing the best environment, programs and services students need to complete their academic and career goals.

Dr. Harrell has written or co-written a number of scholarly articles and book chapters. He has also served as a presenter at numerous local, regional and national conferences and seminars. He is most proud of his work around improving the success of students of color, particularly Black men, first-generation college students, as well as students who come from traditionally marginalized backgrounds.

Dr. Harrell completed his doctor of philosophy degree (Ph.D.) at Florida State University, where he defended his award-winning dissertation, titled, “Using Student Characteristics to Predict the Persistence of Community College Students Enrolled in Online Courses.” He holds a master’s degree (M.Ed.) from Vanderbilt University, and a bachelor’s degree (B.A.) from Wittenberg University. 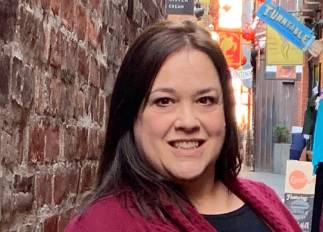 Patty McCray-Roberts recently joined TCC’s leadership team as Vice President of Administrative Services in April 2020. The position serves as the chief financial officer of the college and provides the vision and leadership to the essential support areas that enhance institutional vitality. Patty strongly believes in the value of higher education in its ability to transform lives; the life of the student and the lives of their family for generations to come. As a low income, first generation college graduate, she experienced this transformation firsthand with the completion of a B.A in Sociology and Political Science from the University of Idaho and her M.B.A from Western Governor’s University. Patty is a lifelong learner and is currently working on her B.S. in Accounting at Western Governor’s University, with the goal of attaining her Master’s in Accounting and her C.P.A. soon. Patty has extensive experience in finance and budget, strategic planning and assessment, facility and capital construction, emergency management, bookstore operations, personnel, and policy creation. A collaborative and innovative leader, Patty has had many successes in formulating successful organizational strategies. Prior to joining TCC, she served as the Director of Facilities Planning and Operations at Peninsula College for over 12 years, where she led the development of the facility master plan and the comprehensive emergency management plan which contributed to the completion of two major capital projects and three accreditation commendations for the college.  At TCC, she has successfully led the college through a robust budgeting process and is the lead for the Covid-19 Recovery Plan.

A native of the Puget Sound area, Bill joined TCC in 2011 with credentials in the non-profit arena where he has served as President and CEO. He also has a long-term history in the financial services industry. Bill brings an extensive background in working with and managing multiple lines of business within a single organization. He brings external relations and business development experience as well an understanding of fiscal environments. As director of the TCC Foundation, Bill works with a committed board of directors who have increased fundraising and community awareness in support of TCC students. Bill graduated from Western Washington University in Bellingham and earned his Master’s of Music degree from Indiana University. 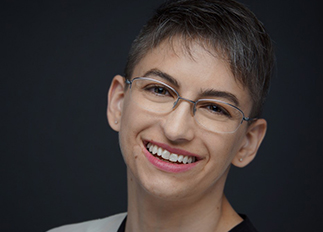 Marissa R. Schlesinger began in her role as TCC’s Provost and Vice President of Academic Affairs in September of 2019. This leadership position serves as the chief academic officer of the college, providing the vision and leadership for the college’s educational programs in a collaborative and equitable manner.

Schlesinger is a product of public K-12 education and was raised in Brooklyn by a mother and grandmother who were public educators and community college graduates. She received her B.A. in the Art and Archaeology of the Ancient Near East from Smith College, and her M.A. from the University of Toronto, where she is an A.B.D. in doctoral studies of ancient Egyptian civilization. She studied Egyptology at University College London and lectures on ancient Egyptian art at the Metropolitan Museum of Art, NY.

A student-centered and equity-minded leader, Schlesinger joins TCC after having served as Associate Dean of Curriculum and First-Year Programs at Guttman Community College in New York City. Previously, she spent 13 years in faculty and administration at Kingsborough Community College in Brooklyn, New York. Marissa is a recent alumna of the Aspen Institute’s Presidential Fellowship for Community College Excellence. She has served as resource faculty at the Washington Center’s National Summer Institutes and, separately, has worked with dozens of community colleges across the country, helping them focus on change for the improvement of equity and student learning, completion, transfer, and labor market outcomes. 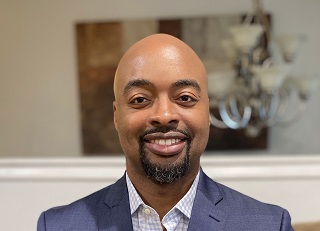 Karl Smith entered higher education after finishing the master’s in teaching program at the University of Washington and deciding to take a year off from teaching. His professional career started in 2001 on the frontlines of admissions recruiting as the African American Outreach Coordinator for the University of Washington Seattle, serving the Tacoma community. A gap year turned into a life long passion. Through hard work, innovation, a data-informed approach, and a student-centered philosophy, a career on the frontlines turned into 19 years of progressive service in public higher education. 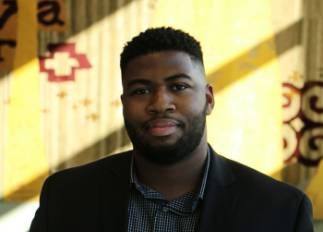 Mr. Morrison has a strong passion for social justice and equity and has attended the Annual Meeting of Law School Diversity Professionals Conference for several years. He is a member of the National Association of Diversity Officers in Higher Education (NADOHE) and has attended the NADOHE conference yearly. In 2019, Mr. Morrison was inducted into the inaugural National Association of Student Personnel Administrators Ujima Institute where he received intensive training regarding working in Student Affairs and DEI in higher education.