Beth Jusino has more than twenty years of experience helping writers navigate the complicated space between manuscript and final book. A former literary agent and marketing director, she’s now a Seattle-based writer, developmental editor, and publishing consultant for both traditional and self-publishing authors.

She’s the solo author of the award-winning Walking to the End of the World: A Thousand Miles on the Camino de Santiago and The Author's Guide to Marketing, and has ghostwritten and collaborated on half a dozen additional titles. Visit her online at www.bethjusino.com.

Carolyne has nine earlier books and chapbooks of poetry, a volume of essays, and five award-winning volumes of poetry in translation from Spanish and Bengali. She has received NEA and 4Culture grants, and a Fulbright U.S. Scholar Award she received in early 2020 and delayed by Covid has taken her back to Bahia, Brazil, in June and July 2022, with another two months upcoming in 2023.

Bronwyn Scott is celebrating 15 years as an author for Harlequin Mills and Boon where she writes for the historical romance line and the inspirational line under the name, Elizabeth Rowan.

This year she published her 63rd Harlequin Historical: Miss Claiborne’s Illicit Affair and this month she celebrates the release of her Christmas anthology, Under the Mistletoe, co-authored with Marguerite Kaye. 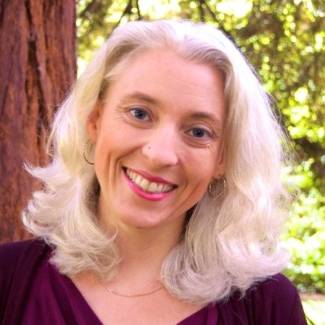 After growing up on a carnival route, Susan V. Meyers now directs the creative writing program at Seattle University. Having received grants from Fulbright, the National Endowment for the Humanities, and several arts residencies, she has been nominated for The Best American Series and several Pushcart Prizes.

Her novel Failing the Trapeze won the Nilsen Award, and other work has recently appeared in Creative Nonfiction, The Rumpus, Hippocampus, New Orleans Review, and The Minnesota Review. You can find her at susanvmeyers.com.

Janée J. Baugher, MFA is the author of the groundbreaking guidebook, The Ekphrastic Writer: Creating Art-Influenced Poetry, Fiction and Nonfiction, as well as two poetry collections, Coördinates of Yes and The Body’s Physics.

She’s been featured on Seattle Channel TV and at the Library of Congress, has taught creative writing for 20 years, and is currently an assistant editor at Boulevard literary journal.

His co-authored essay, In Whose Voice? Rediscovering the Flaneur, is forthcoming with the AWP Writer’s Chronicle. He has won nine Society of Professional Journalists awards. His short stories, essays, and profiles have been published in a variety of literary journals and anthologies, including in Poets and Writers Magazine.

Driscoll completed an MFA at the UW, where he won the Milliman Award for Fiction. Driscoll lives and teaches in Seattle.

Wendy Kendall's passion for mystery, romance, and purses creates intrigue, moving from designer bags to body bags Katherine Watson purse designer/sleuth uncovers clues to a murder in Kat Out of the Bag, and in the prequel, Purse-Stachio Makes A Splash she delves into a chilling cold case. Best Suspense Finalist at Killer Nashville, Snow Kiss Cookies To Die For creates a tangle of mystery, love, and raises suspicions about Desiree's romantic new sweetheart, Leo.

A summer read that keeps you on the edge of your beach towel, Cherry Shakes In The Park blends danger, divas, and frothy delights. Wendy enjoys investigating the Pacific Northwest life, and she leaves a trail of her own clues as a blogger, YouTube podcaster, speaker, project manager, and syndicated columnist.

Connie Hampton Connally is a Tacoma fiction writer. Her novel The Songs We Hide, set in communist Hungary, has been praised as “a captivating masterpiece of historical fiction” (Foreword Reviews), and her work-in-progress novel, Fire Music, received the Scriptoria Literary Fiction Award. Connie frequently gives presentations at writing conferences and loves interacting with writers. Denise Frisino, a Seattle native, has over 65 years of experience in various aspects of the entertainment world from actress on stage and camera to producer, writer, director, and teacher, garnering several awards along her path. She worked in the film industry in L.A., Seattle, and Canada. Her latest achievements include her novels Orchids Of War, and Storms From A Clear Sky, both finalists in national competitions, including the Nancy Pearl Book Award, plus she is working with a director on the movie script for her first book, Whiskey Cove. Denise is currently writing the final novel in her Orchids Trilogy. Mark Teppo lives in the Pacific Northwest, where he watches a lot of movies when he's not selling books. In addition to writing more than a dozen novels across multiple genres, he's also the publisher at Underland Press. His favorite Tarot card is The Moon. You can find him on Instagram (@mark.teppo) and Twitter (@markteppo).