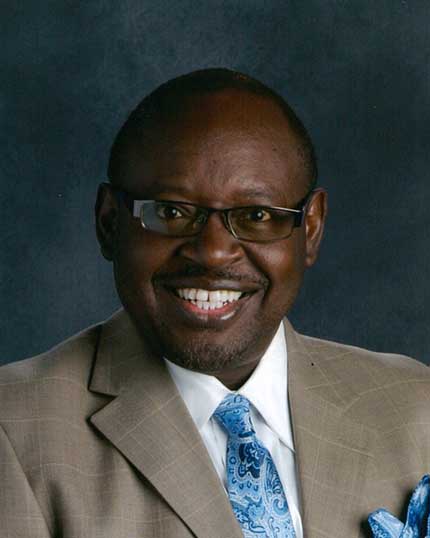 When he decided to launch a second career as an educator, youth basketball coach Andre Stout came to TCC. He earned his associate's degree in 1998, followed by a bachelor's degree from the University of Washington, Tacoma in 2002. He would return to UW-Tacoma to earn his Master of Education in 2009. Stout is currently the principal at Truman Middle School in Tacoma.

A committed educator, Stout taught in the classroom for years before taking the next step to become a school administrator. He also served as a basketball coach and successfully integrated the value of education with his coaching.

As a basketball coach, he required his team to spend the first hour of practice reading to their coaches and each other, a practice that significantly increased the athletes’ reading levels.

“He kept emphasizing that basketball is just for a short while, but learning will carry you through the rest of your life,” said the late Pastor Dick Foege, whose grandson was among the many youth Stout’s mentoring positively impacted.

Pastor Foege was so impressed with Stout’s tenacity and insistence that all youth receive an education that he created a TCC Foundation scholarship in Stout’s name. Stout is credited with designing and implementing a reading fluency program that has been adopted by the Boys and Girls Club of America. He’s also responsible for creating a mentoring program at Steilacoom High School for “turnaround students.” In the program, teachers and other staff members closely follow the progress of identified students and assist them with their high school careers. The program shifts the balance of interactions with these students to one where school officials assume the role of advocates

Stout has fond memories of the time he spent at TCC, and appreciates the support his instructors gave him when he returned to school as a single parent. The scholarship named in his honor has helped 10 students receive an education at TCC.

To nominate a former TCC student for the Distinguished Alumni award, fill out the nomination form. Additional supporting materials, such as letters of colleague support, news articles or a resume, may be included with submission.